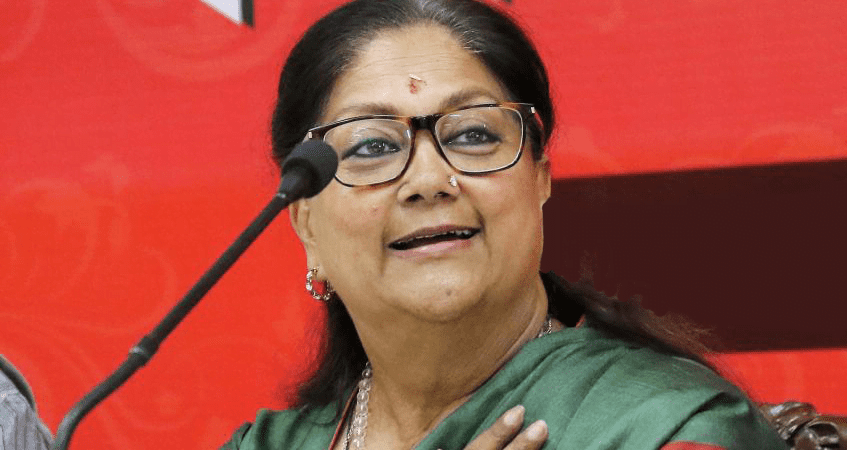 The Rajasthan BJP has suspended 11 senior leaders, including four ministers in Chief Minister Vasundhara Raje’s cabinet. For refusing to withdraw their nominations for the upcoming Rajasthan assembly elections. In favour of these candidate alternative candidates picked by the party.

A press release issued by the party on Thursday. Press stated that the 11 rebels have been dropped from the party’s primary membership for six years.

While many rebels from the party filed their nominations for the December 7 polls. A number of MLAs resigned from the party after being dropped. The Vasundhara Raje-led BJP is seen to be facing a massive anti-incumbency sentiment in Rajasthan. In this time round and dissent in the camp is unlikely to help its case.

Manvendra Singh, rebel BJP lawmaker-turned-Congress candidate, is even facing off against Ms Raje in the Jhalarapathan assembly seat. Relations between Mr Singh and the BJP leadership had soured considerably after his father, (former Union Minister Jaswant Singh) was denied a ticket for the 2014 Lok Sabha polls.

However, the BJP is not the only party with a rebel problem. The Congress is said to have over 40 rebel leaders, including four former ministers, who could possibly spoil its chances of electoral victor

The ruling party, which has again declared Vasundhara Raje as its chief ministerial candidate for Rajasthan. Party is putting up a confident face.

Mean while campaigning in the state last week, party chief Amit Shah said: “The results in Rajasthan, Madhya Pradesh and Chhattisgarh will set the trend for the 2019 Lok Sabha polls.