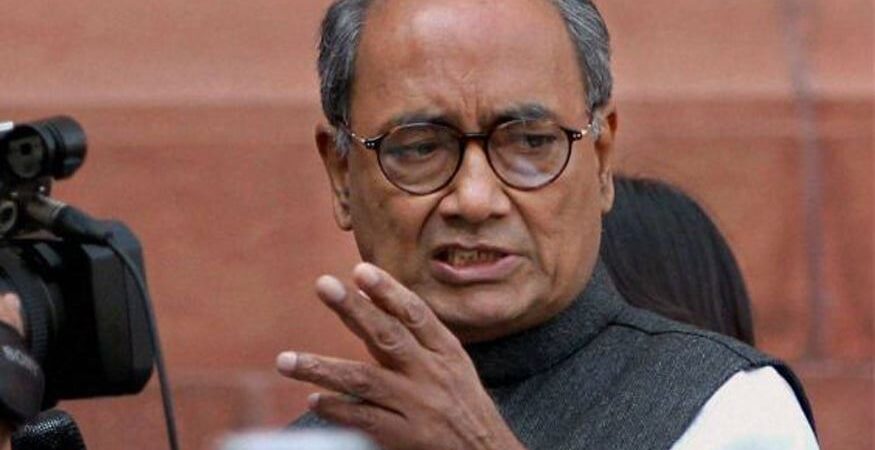 The former Madhya Pradesh chief minister alleged that Kumar, who heads the JD(U), an NDA constituent, cannot survive without power. Aforesaid he may walk out of the ruling alliance if Prime Minister Narendra Modi’s popularity drops before the election.”It takes only 24 hours for Kumar to make a volte-face. Lok Sabha elections are six months away. Palti (U-turn) is possible,” Singh, who is in Patna on a private visit, told a news channel.

He foresees the possibility of Bihar. Chief Minister Nitish Kumar doing yet another volte-face by walking out of the BJP-led NDA ahead of the next Lok Sabha election. Asked whether the Congress would welcome Kumar as an ally. Singh said cryptically politics is the art of possibilities. Singh has served as Congress in-charge of Bihar before C P Joshi took over from him in 2013.

The Rajya Sabha member’s remark on the possibility of Kumar’s switch to the Congress camp could also be a dig at Kumar. He had snapped his 17-year-old ties with the BJP in 2013. Formed a Grand Alliance with the Congress. And arch-rival Lalu Prasad a year later, but returned to the NDA last year.

When he quit the Grand Alliance in July last year, Kumar had also resigned as chief minister of Bihar citing the “call of conscience”. At that time. His government was drawing sever criticism from the BJP – then in Opposition – over corruption cases involving then deputy chief minister Tejashwi Yadav.

However, Kumar returned as chief minister a day after his resignation and formed an alliance with the BJP. But Yadav, an RJD leader, has been asserting that the doors are closed for Kumar’s return to the Grand Alliance. Also, Singh’s remarks come at a time when media reports have suggested the NDA partners in Bihar are having a tough time negotiating sharing of seats for the 2019 election.

As Paswan and RLSP of Union minister Upendra Kushwaha. In the Opposition, RJD, Congress, HAM of former chief minister Jitan Ram Manjhi and Left parties are working together. Training his guns at the BJP, Singh termed agitations by various upper castes organisations against reservations. And SC/ST Act a conspiracy to hide the Modi government’s failures. Asked about the posters put up in Patna recently, on which the caste of Congress leaders, including Rahul Gandhi, was mentioned, Singh evaded a direct reply.

Earlier speaking to journalists. Paswan alleged that there was a tacit understanding between the BJP and parties such as the AIMIM headed by Hyderabad lawmaker Asaduddin Owaisi. He, instead said, “our slogan has always been na jaat par na paat par vote padega hath par.” According to him vote for the ‘hand’ without thinking about caste or creed. “Look at the Ram temple issue, it gets raked up whenever elections are around the corner only to be put on the back burner once the results are out,” Singh remarked.