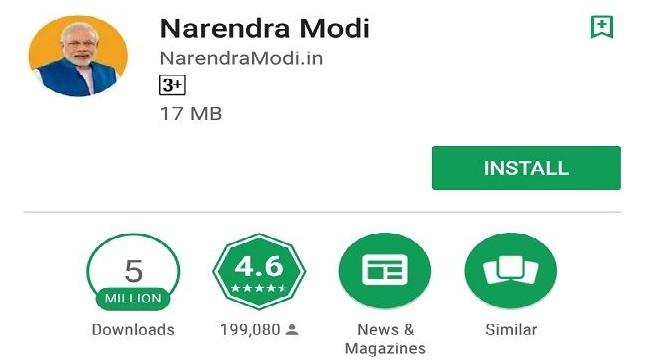 2019 General Election Management System Is Disguise For NaMO App, The ‘NaMo App’ was made to reach as many Indians and connect with them, is it now being used to gauge the mood and understand their opinion of an ongoing issue? The issue of National Register of Citizens (NRC) has been storming half of the country and dominating the political arena, now it has also got its space in the Narendra Modi Mobile App too. One of the questions which might have popped up for any of the five million users of the application on their devices on Friday was, “Do you think that the opposition parties are politicising NRC at the cost of national security?”

The NaMO App is downloaded and used on a voluntary basis by millions of people in India who support the Modi government and chose this platform to reach their role model PM Modi directly.

While Prime Minister Narendra Modi interacted with women associated with self-help groups in Patna using the app and intends to use the application more for future occasions, the aforementioned question questions the very purpose of the app.

On one hand, the PM uses it for welfare of the people of this country while on the other, it is used to understand a citizen’s outlook towards the current crisis in Assam.

With the people of Assam are in dilemma and struggling to find their names on the NRC draft list to make sure of their existence as citizens of this country and secure their assets, political opportunism is at its best.